The tortoise, the hare and financial planning

The tortoise, the hare and financial planning 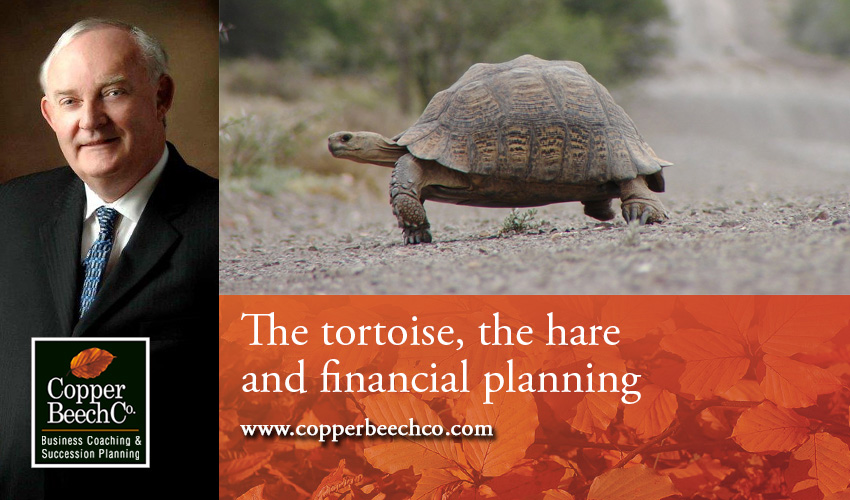 The value of regular savings was illustrated some years ago when an elderly gentleman came into my office and told me how he turned a bad habit into a small fortune.

“Harold” worked in a plant for 30 years. He retired in 1990. He quit smoking in 1960. The week he quit smoking, he went into the personnel department and enrolled in the company share purchase plan. Every week, from that week until he retired, the cost of the carton of cigarettes he wasn’t buying was deducted from his pay cheque and purchased shares in the company. Out of this savings plan, Harold bought two cars and received a lump sum on retirement of $65,000.

The lesson, of course, is it doesn’t take much money, as long as it’s consistently saved, to achieve winning results.

Think back to when Harold retired. We were in a bear market; in the U.S. the savings and loan scandal was headline news and the world suffered uncertainty in the middle-east and the dis-integrating Soviet block – sound familiar? Day-to-day events sell newspapers and affect speculators. But guys like Harold, who start a plan and then just let it happen without regard to outside events win and don’t grow ulcers while they wait.

In a few months, we will be inundated with RRSP commercials. It will be “RRSP season.” We will be reminded that “you have to start early.” Loans will be available, with easy payments, spread over two, three, even five years. Before starting down that path, I urge you to stop and think. Instead of borrowing and making loan payments, start a monthly purchase plan with automatic payments. You won’t get the immediate tax break, but you won’t pay the interest either. It will not take long before you have made up the difference from the “up front” purchase and now you have flexibly that comes from paying yourself instead of the bank. You will also benefit from dollar cost averaging, something probably overlooked in the rush to buy before the deadline.

Harold was smart. He recognized the benefit of consistently contributing small amounts he could afford. He was in control. If his economic circumstances had changed he could change his payment. He would never have to cash in his taxable RRSP to pay off the loan to reduce payments he suddenly couldn’t afford.

One of the best things about this idea is you don’t have to wait until February. You can start now and beat the rush.