How Do You Define Fairness?

How Do You Define Fairness? 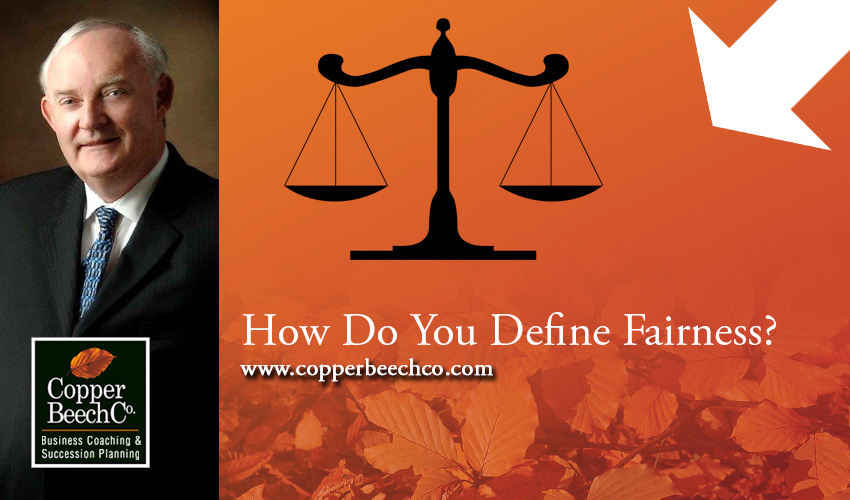 I was distressed this summer by the federal government’s announced plans to change the income tax rules to eliminate the “unfair tax advantages” received by business owners. Distressed enough to write to the Minister of Finance and ask him how the government defined fairness; (I have not received a response yet). Was there a formula known in Ottawa that had escaped my attention? How did indexed defined benefit pensions enjoyed by the bureaucrats developing this “tax fairness” legislation weigh in the formula? If a business owner has a child how does the lack of annual maternity/paternity program fit the fairness formula? I was interested in knowing if fairness is a term focused like a rifle shot at a specific topic (like tax advantages for small business owners) or whether it should (or could) be applied holistically in an environment taking in things like risk, employment created and contribution to community.

As I thought about the concept of fairness, so liberally thrown around (pun intended) by Ottawa’s ivory tower crew. I wondered where does fairness fit in the business world? Does it have a place in business?

Part of my thinking was the result of clients and their banking issues. One client had a 50-year relationship with their bank, had two bad years out of three and the line of credit was cut and the file moved to special loans (read extra fees). The client, in his seventies, closed the business, laid off his 15 employees and paid off the bank. Fair? No, but it appears that decisions that used to be made by skilled managers who new the client and could apply judgement are now made based on a computer algorithm, no humans needed. Judgement is passé.  Even more tragic is the loss of the sophisticated financial voice of the bank manager as a resource to the business owner.

At the other end of the entrepreneurial evolution is a company 4-years old, growing quickly. Some years ago, the credit union where they bank, provided a $250,000 line of credit. Unfortunately, because of growing sales the company’s accounts receivable have grown to over $1. Million. The arithmetic of a balance sheet is simple, it’s the judgement applied to the math that requires expertise not available yet in computer algorithms. Assets are what we have, liabilities and equity are how we have paid for what we have. If sales are $100 and bottom line is 10% then as assets (Accounts Receivable) grow by $100, equity only grows by $10 therefore $90 will be financed by debt. If the bank is not co-operative then the debt comes from increased accounts payable or worse, unpaid sales taxes and employment deductions (what I call debt with teeth — because that will bite you…you know where).

Fairness unfortunately is not a consideration, it doesn’t fit any formula. Ignoring the shallow arguments of politicians, it is a jungle out there. You survive by running faster than the person beside you or by seeking the protection of a pack. Business owners are working more and more with each other – often virtually, creating opportunities that require human imagination to contemplate and an entrepreneur’s nature to enact.