Remembrance with Thanks and Legacies

Remembrance with Thanks and Legacies 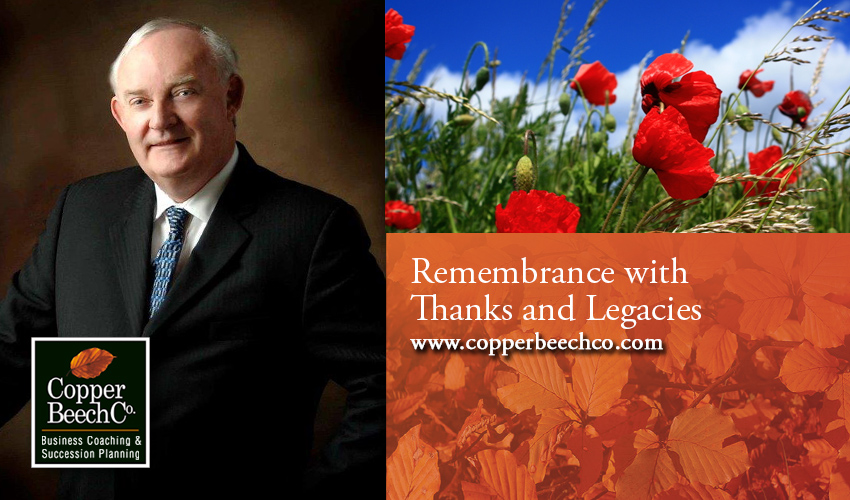 Every November I give special thought to my parents. Both, in their own way, fought the Nazis in the Second World War; my father as a bomber pilot in the Royal Air Force, my mother as a teenager in Nazi-occupied Norway.

My father flew 69 missions, including flying through the Battle of Britain. He was shot down twice, the second time ending his active operations flying. He used to tell me stories of the life of a pilot in wartime, of friends lost and harrowing escapes. One of his favourite comments was how, in September 1939, all credit was cancelled in the sergeant’s canteen for flight crews. Flight crews had become a bad credit risk, so it was pay as you go.

My mother, Ragnhild Agnes Falck, was arrested in Oslo in the summer of 1941 at the age of 16. Her crime was walking in front of Oslo’s royal palace wearing a sweater she had knitted with her initials across the chest – R.A.F. It was not well received by the authorities in occupied Oslo.

Determined as the Nazis were to dominate, my mother, her parents, brothers and sisters, and the people of Norway and other occupied lands, were more resolute in their desire for independence.

In December 1989 I walked into my father’s hospital room, where he lay on his last bed. He was asleep, but clearly distressed. In his sleep he was flying his bomber and obviously in difficulty. My wife walked over and touched him on his knee and said “It’s alright Ben you landed” and he became calm. Almost fifty years after his last operational flight and literally in his last week of life the memories haunted him.

At this time of year, we remember the sacrifices but I don’t think we always understand them. There is no question in my mind their actions resulted in the freedoms and opportunities we enjoy today.

A recent study showed even though 33 percent of people would consider making a donation as a legacy (referred to as planned giving), only about seven per cent are ever asked about the option when they are preparing their estate plan or their will. Questions about leaving a legacy, supporting a charity need to be asked as part of any planning process.

Significant tax incentives for giving contribute to the value of organised giving in our planning process, the opportunity to give, however, grows from the special gifts of previous generations.

Thanks Mom. Thanks Dad.