The misconceptions of fixed income investments

The misconceptions of fixed income investments 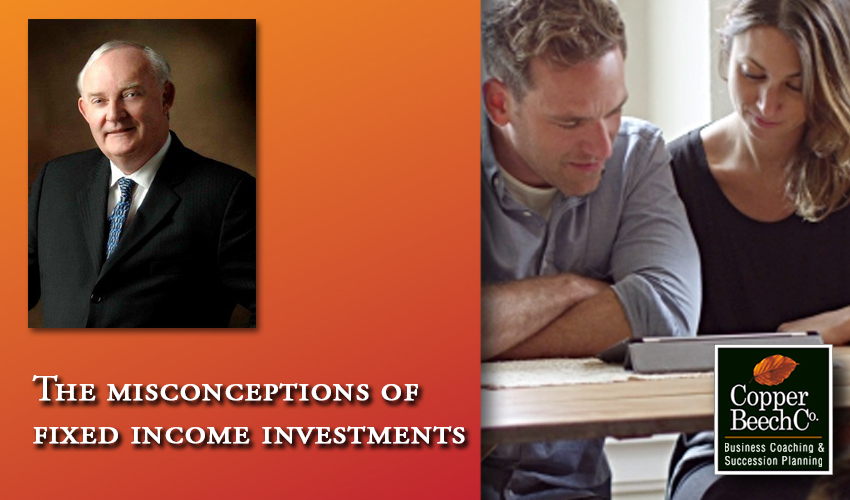 Ralph and Alice sat in front of me fidgeting. Obviously, they needed to talk about something that was bothering them.

“We were at a party last week,” Ralph offered, “and a friend told us he was moving all his investments to fixed income to protect his capital. What do you think?”

“Well, Ralph,” I replied. “Your friend may be mistaking fixed income for fixed capital. There are really only three types of investment; Fixed capital – like daily interest and GICs; fixed income – bonds are an example; and equities or stocks – many mutual funds are equity funds.

“Each type of investment has its own advantages and disadvantages. Equity investing comes with nothing fixed, they tend to be more volatile but historically have provided better returns over longer time periods.”

Ralph and Alice waited expectantly as I considered how best to illustrate the issues when investing in fixed income products.

“If next year interest rates have gone to 10 per cent, and you decide that you need the money for something, you could sell the bond to Alice. However, Alice can get 10 per cent for her money, so she looks at the bond that pays a fixed income of $50, and at 10 percent, she should buy the bond from you for $500. Interest rates doubled, so the capital was worth half. The income is fixed, not the capital.

“So, if interest rates go up, capital goes down,” said Alice triumphantly.

“Exactly. And, of course, vice-versa. There are other factors, such as how long until the bond matures, but this is a good rule of thumb. Interest rates now are near historical lows, so betting on them going down significantly – meaning capital goes up – is probably not a good bet”.

“So, we shouldn’t have any fixed income investments?” asked Alice.

“Not exactly, fixed income is part of a portfolio; but it should not be all of it. It’s an important part of diversification. It’s tempting when stock markets start hitting record highs, as they are now, take money out of the stock market and move it to fixed income But it will be disappointing if interest rates start to rise and the capital is eroded as economies start to recover.

“You need some fixed capital, some fixed income and some equity in your portfolio. The proportion depends on when you expect to draw out the money to live on”.

“Thanks Peter, that makes a lot of sense,” said Ralph.